by The Body + Full of Hell 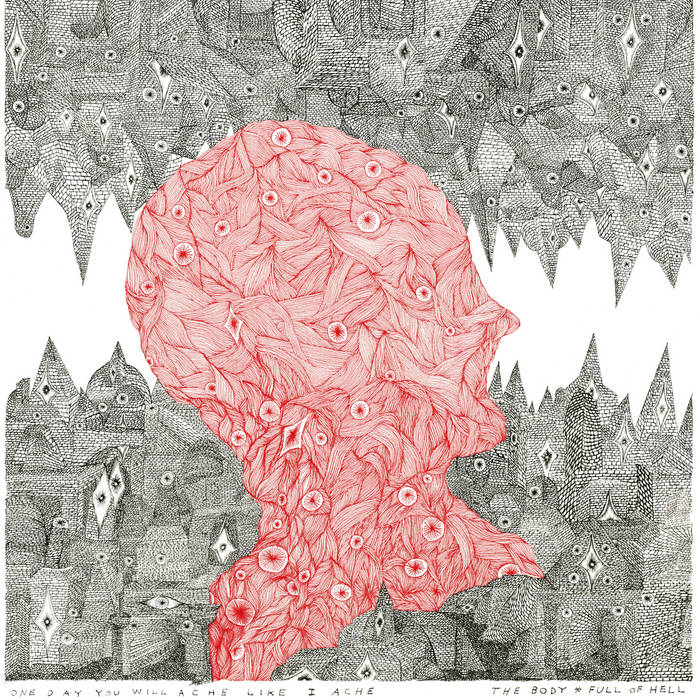 Ippocalyptica So noisy, so hateful, so distressing - what is there not to love? Some people prefer the other collaboration between Full of Hell and The Body, but we need not speak of such blasphemies here. The soundscapes here are not really compelling in the sense that you WANT to repeatedly listen to them, but they are in fact utterly compelling in that you NEED to listen to them over and over until you achieve catharsis. Call this experimental noise metal or call it something else, but listen. Favorite track: One Day You Will Ache Like I Ache.

通り魔 I never thought I'd ever hear the day The Body and Full of Hell tackle synthpop, but here we are. Bubbly, happy hits for the world of hope and no pain we inhabit. Favorite track: Fleshworks.

The Body was formed in 1999 in Little Rock, Arkansas. Since inception, their output has been massively prolific and their sound uncategorized and unmatched. The duo writes and acts as one, a deafening wail against a failing species.

Full of Hell was formed in 2009 in Ocean City, Maryland. In similar ethos, the band has remained prolific and relentless since and has continued to challenge themselves, channeling sounds from across the spectrum of extreme music into a nihilistic wall of oppressive sound.

Through their own respective recordings, both The Body and Full Of Hell are internationally-revered as forward-thinking entities of extreme music, delivering their musical torment through incredibly intense and often unorthodox methods. The Body’s  2010 released "All The Waters Of The Earth Turn To Blood" sophomore LP remains one of the band’s prolific high points and one of the most groundbreaking and frightening albums in recent times. Their subsequent releases, including several LPs and more for Thrill Jockey have continued to expand upon this seminal release. Similarly, Full Of Hell rapidly became a favorite amongst hardcore, grind, death and noise metal fans immediately upon their formation with an incredibly energetic and destructive live attack. Their 2013-released "Rudiments Of Mutilation" sophomore LP solidified them as one of the most damaging new acts out there, and since its release the band’s intensity and hunger for experimentation has magnified immensely.

Both bands are proven collaborators, relishing the results of collective efforts to create life-numbing constellations of distortion and depravity. The two members of The Body have joined forces with arcane producer The Haxan Cloak for "I Shall Die Here", Louisiana’s darkest sludge troupe Thou for "You, Whom I Have Always Hated", as well as "Nothing Passes" with Braveyoung, and a myriad of splits with artists as diverse and detesting as Australia’s Whitehorse, Japan’s Vampillia and Sandworm, taking their virulent, insidious influence to unsuspecting destinations across the globe. Full of Hell made a big impression with 2014’s two-part alliance with internationally feared noisemonger Merzbow, which resulted in the Full of Hell & Merzbow LP and the subsequent Sister Fawn EP. Their discography is littered with noise-soaked demos and splits that wrench Full of Hell in to fresh dimensions of heaviness and extremity, and their constant live actions never cease to stun.

Both acts are unstoppable tour machines, and earlier this year they joined forces for a massive North American tour, and amidst the chaos, in May they found time to record together at Machines With Magnets in Providence, Rhode Island. The session has culminated into One Day You Will Ache Like I Ache, the debut collaborative record created by The Body and Full Of Hell. It is ultimately a reflection of their surroundings and their inability to cope therein.

Recorded at Machines with Magnets, in Providence, RI