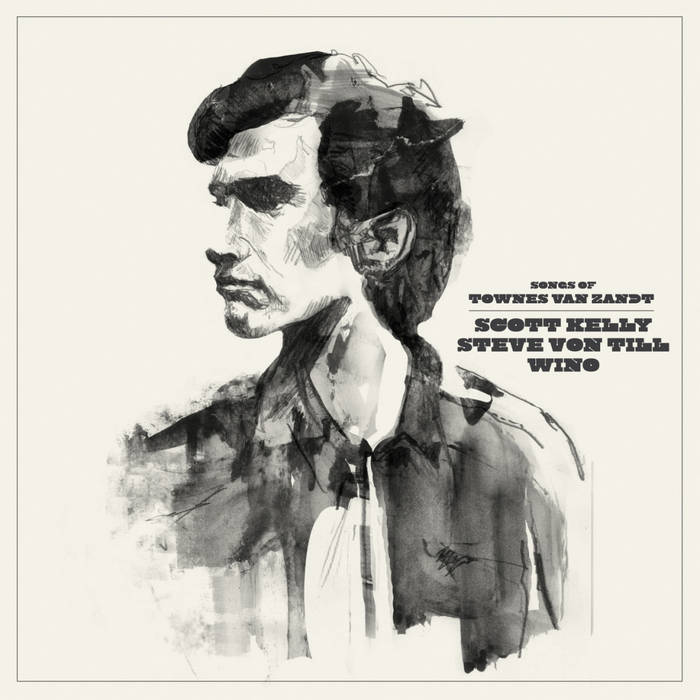 Jesse David Young I realize my mini review for Volume 2 should have gone here. This is what you get for drinking the wine you are braising in. So read that if you're curious. Either way, beautiful albums.

edit: I'll save you time and paste it here if you are curious.

"One of those albums that slips under the radar. I have been a fan of most of the artists on here for a long time, but never made the effort to listen.

So I spent a day cooking and drinking, listening as I did so. I knew Van Zandt had some brilliant music and ideas, but this album brings it to an unfamiliar audience in such an intimate way that I can only kick myself for not listening earlier.

Do not be a fool like me. Check this out." Favorite track: St. John The Gambler.

Townes Van Zandt never reached significant fame during his lifetime. Although highly respected by his peers and other songwriters, the mood and atmosphere of his music, coupled with his sometimes dark and sarcastic nature, was not suitable for the commercial country-industry of Nashville. Van Zandt’s songs did, however, reach popularity in his day, through artists such as Willie Nelson, Merle Haggard, and Emmylou Harris. Within his circle of outsider singer-songwriters, he was adored, though ultimately it would be depression and alcoholism that would overshadow his life. Townes’ friend, singer Steve Earle, has been quoted as saying, “Townes Van Zandt is the best songwriter in the whole world and I’ll stand on Bob Dylan’s coffee table in my cowboy boots and say that.” After Townes’ death in 1997, the fact that artists as diverse as Robert Plant, Mudhoney, Norah Jones, Lyle Lovett, and Bob Dylan himself have kept his songs alive and vital, is a testament to the influence and impact of his music.
So now do Steve Von Till, Scott Kelly, and Wino stand and sing his tribute, each focusing on the essence of Van Zandt’s music and lyrics in his own personal way. The result is a great homage, whose intensity lies in fragility and elementary human truths. Townes Van Zandt’s broken-hearted love songs and gloom-ridden tales are most deserving of this tribute and praise.

North American version released by Neurot Recordings. This project was made manifest by Ansgar Glade, a great friend of these three men, who was inspired by the songs of Townes Van Zandt that he heard performed in their various solo sets while traveling with them throughout Europe. In fact, Ansgar’s new label, “My Proud Mountain” was specially founded in order to release this album.